PLEASE NOTE: the north portion of Coastal Way, which is connected to US 1, is now open to traffic at Harbourside Place. Access to Plaza Down Under on the Riverwalk is from either the south or north of the Indiantown Road Bridge onto Coastal Way. 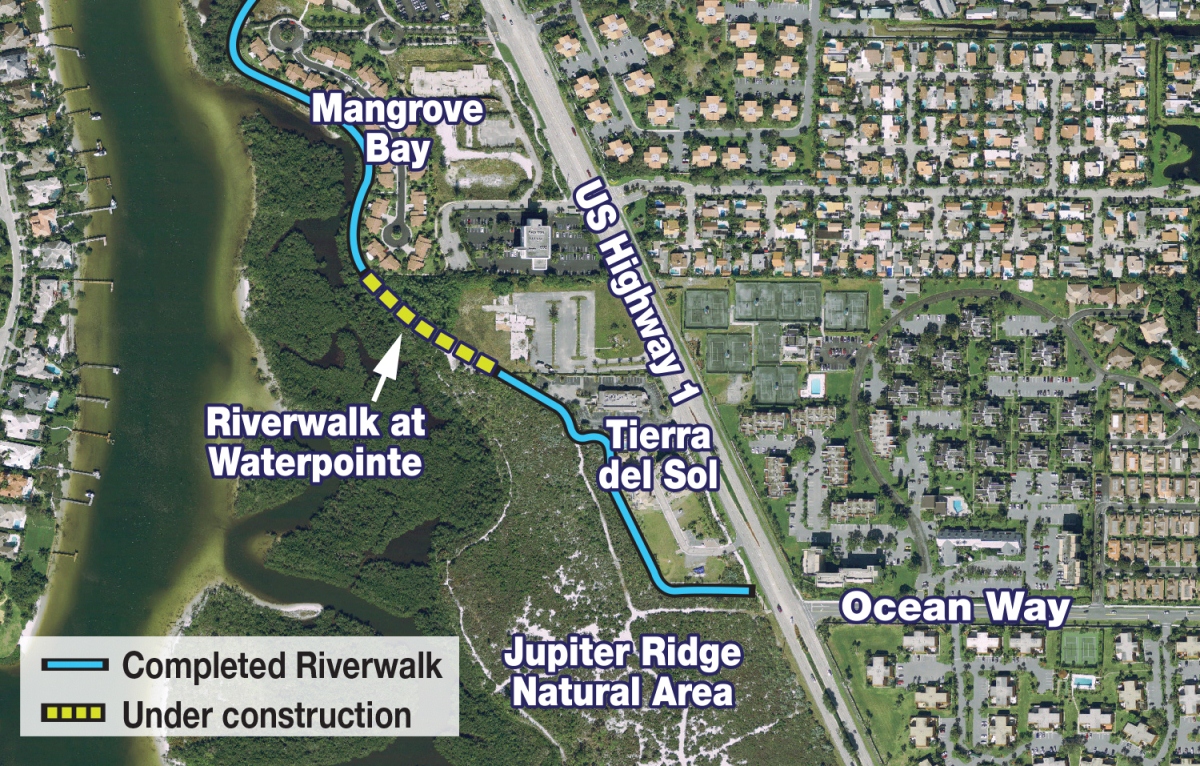 The project involved clearing and grubbing, grading, construction of the Riverwalk pathway, a retaining wall, railings and lighting, and landscaping. The Town’s Community Redevelopment Agency (CRA) will initially fund the $305,000 project, and be reimbursed by the developer of the Water Pointe project. 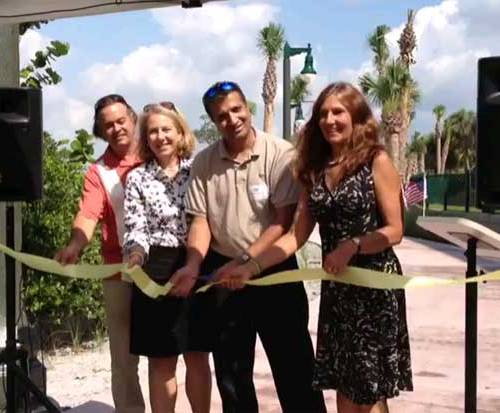 A crowd of residents, business owners, Town Council members and staff were on-hand Tuesday, May 8, 2012 for a ribbon cutting ceremony to open the section of the Jupiter Riverwalk at Executive Park Plaza.

The 600-foot section behind Executive Park Plaza connects the Mangrove Bay community to the lagoon bridge behind the Best Western Intracoastal Inn. With the opening of this section, the Jupiter Riverwalk now runs a continuous 1.8 miles from Mangrove Bay to Harbourside, just north of the Indiantown Road Bridge.

Mayor Karen Golonka thanked the Wilson family, owners of Executive Park Plaza, and Dean Desai, proprietor of the Best Western Intracoastal Inn, for their partnership and support in working with the Town and its Community Redevelopment Agency to continue the vision of the Riverwalk.

Construction is now done for the section of the Riverwalk just north of the Plaza Down Under on the Riverwalk under the Indiantown Road bridge. In addition to the pathway along the water, 9 public boat slips have been built to allow day-docking. This portion of the Riverwalk runs along the area where the Harbourside Place development is located, which includes retail shops, restaurants, offices, a hotel, a parking garage and an entertainment center.
Online Services
Employment
Permits
Police
Let Us Know
Notify Me®
Recreation
Riverwalk
[]